We, the class 9LF2, went to the German Emigration Centre (Auswandererhaus) in Bremerhaven on 8th November 2021 with our tutors Mrs Waalkens and Mr Nienaber. We had already learned about the subject of migration in English and Geography lessons and could thus expand our knowledge even further. Afterwards we were able to explore the city of Bremerhaven.

The Emigration Centre, designed by the architect Andreas Heller, was opened in Bremerhaven in 2005. Every year around 180,000 visitors interested in history come to find out more about emigration.

The emigration center is not only characterized by its history, but also by its excellent exhibition in which you can also experience the various individual stories of the emigrants.

For example, at the beginning of the exhibition there is the pier, complete with wax figures representing emigrants, from which the start of a new life began for many. Then comes the gallery of the 7 million, where you can learn more about the individual history of the emigrants.

Afterwards you enter the ship and start the crossing where you learn more about the various ships. There is also the arrival at Ellis Island. Afterwards you get to the Salon of Biographies 1, the Grand Central Terminal and the shops.

Then there is a section on 20th century immigration to Germany. For this purpose, there was the Debates Room and the Biographies Salon 2.

So that we may better imagine the situation of the immigrants, everyone had a passport with their own person with their own story about which we were supposed to find out more. So what follows are some insights into the experience of immigrants and their history.

One immigrant was Josef Streharsky. He was born in 1890 in Bremerhaven. He emigrated to the United States of America, or more precisely New York, in 1906. The reasons why he immigrated were that he had no money and not enough food. His family was very poor and could not find work. His father was the first emigrant of the family, and he found a job there. After he got enough money, he went back to Bremerhaven to get his family and then took them to the US. Later when Josef got older, he got a job in New York. He helped to build the New York Underground train stations.

Our experience of the German migration centre was very diverse. As we came into the first room we were exited just by the look of it. Making the rooms look like a pier or the inside of a ship was a really good idea. Even though the ship was fake and not actually rocking the ocean, some of us got seasick. As we stumbled into the cabins of the Columbus or Bremen we found an old toilet seat. When you sat down on it a screen would show its history.

Another interesting thing was a “game”, in which you had to answer questions to get through the immigration system. You’d need to say how much money you own, where you’re from and if you had family in your destination. Depending on whether you had enough money, had relatives or friends in the US and were in good health you were admitted or rejected. How must it have felt to be rejected after packing all your belongings and crossing the ocean in a week long journey. That's why Ellis Island with its immigration centre was called "the isle of tears".

After we listened to an imposing speech of Angela Merkel about immigration, we came into a room that looked like a New York train station. In fact, it was a replica of Grand Central Station in New York. Besides the entry hall you could visit a pub and a grocery store. It really looked like it would in New York.

To bring the tour to an end we ventured into the little “cinema” of the migration centre.

All in all the experience of the migration centre was very impressive. 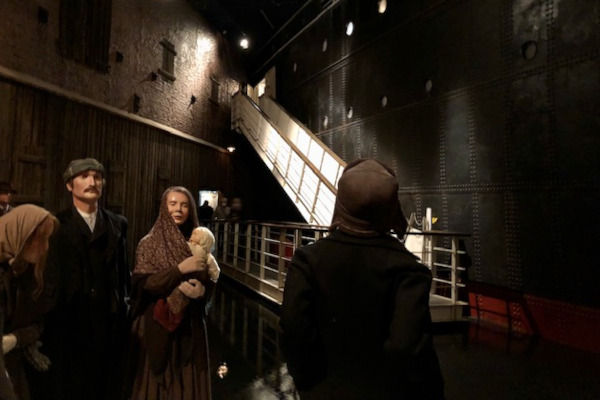 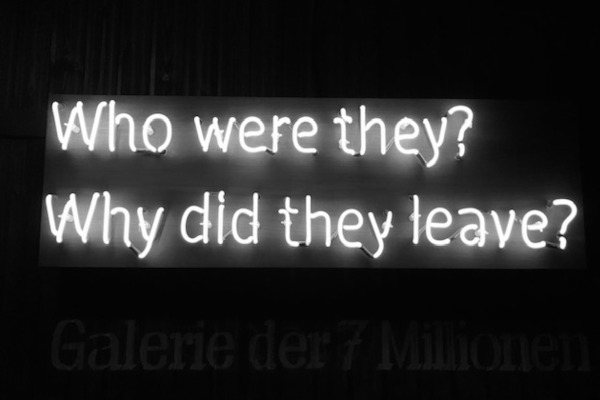 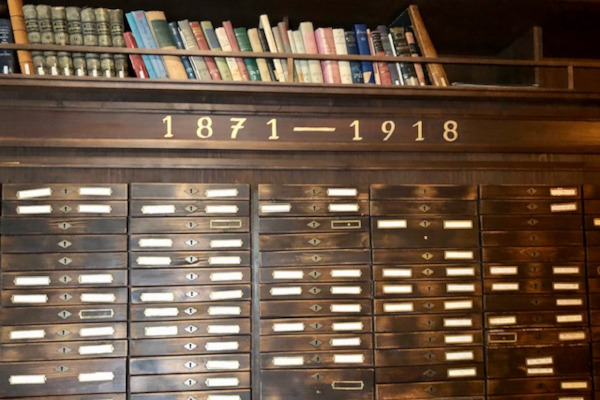 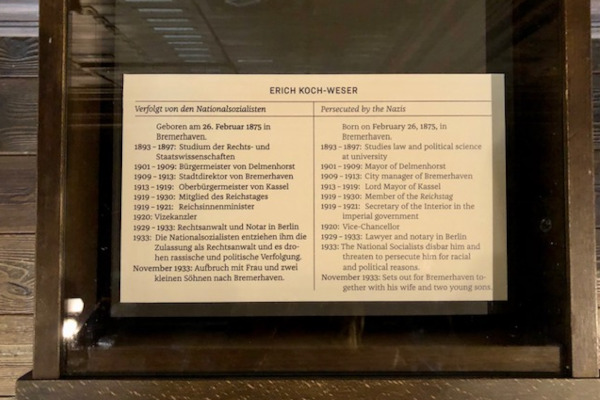 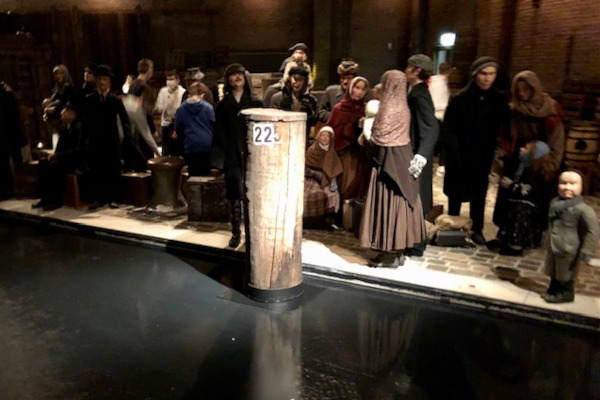 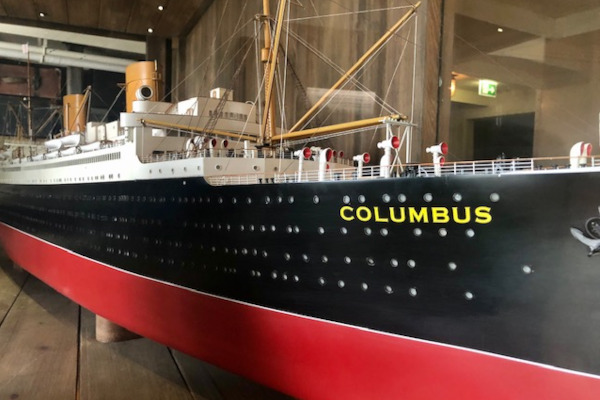 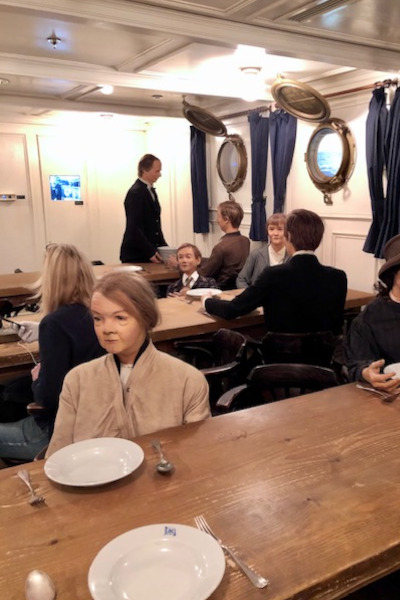 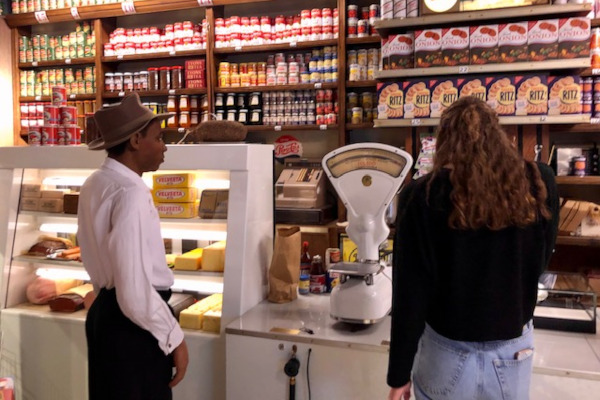